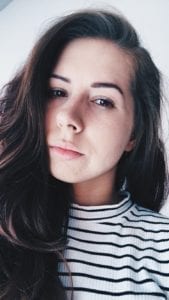 Education in medieval England differed a lot from what it is today. In the modern education system people have a lot of variants which include different levels of the learning process. Now we have public and private schools, colleges and universities which are open to general public. Individuals can pursue consecutive stages starting from kindergartenand a number of various schools available for both,women and men who come from every social background. Mostly, there is nothing such as upper or lower class but of course in some societies people may think that if they are wealthier they deserve more.

In medieval England the situation was different. Only people from higher social classes had access to education. Women were not allowed to study. They had other important thingsto do. At that time there were not so many subjects to study as we have today. Also religion had big influence on education. In medieval England people were divided into different social classes and not everybody was allowedto study. According to Simon Newnam there were four social classes such as Royalty including kings, queens, princes and princesses and they belonged to the higher class. The second class was Nobility, they had the greatest power just after the Royalty and that class included the hereditary nobility and non- hereditarynobility.

When we talk about hereditary nobility we mean Dukes.

The other part of the hereditary nobility was Barons. The last and the lowest social class was Non-hereditary nobility. This class included knights, peasants, freemen, serfs and slaves. Over 90% of people were peasants. (Newman, 2013). In Middle Ages people were more interested in gaining fighting skills than in learning. However after a period when Roman and Germanic culture had influenced society, church started to force people to get education.
Because of the division into the upper and lower classes not everyone had access to education. Only 5% of population could read or write (Simkin, 2015). In medieval England education was paid so only the richest people who belonged to upper classes could afford it. There was no hope for peasants to become educated. Before the Battle of Hastings only few people were educated even from upper class. The most educated medieval people worked in churches but they lived in isolation so their knowledge was in isolation, too. There was only one way for a son of apeasant to start his education.

Namely, he needed permission from his lord of the manor. Usually they did not get this permission because their lords wanted to keep them in their place (IS1).
In the Middle Ages there were a few different types of schools. Thefirst one was the Grammar School.
In that school students were taught in Latin. That was their common language. Reading and writing were important (Havlidis, 2015). Another subject which boys were taught was the art of public speaking- rhetoric. This skill was very useful. At that time they also learnt some basic topics like mathematics and some other sciences; everything depended on the experience of the teacher.

Books were expensive so schools could not guarantee that there would be a sufficient number of books for every boy. Many bigger towns had their own schools. School buildings were small and housed one or two rooms. One room was for boys and the other for a teacher. Older boys were taught by a teacher and the youngest by the oldest. At the time of spring and summer children spent all days at school, from early morning to the sunset. Mistakes during the lesson were not allowed. Strict discipline was imposed.

After many years schools broadened their curriculum to include new subjects such as Greek,English and some other languages from Europe and also geography and natural sciences.
The second type of school was the Monastic one. In this school Benedictine monks were teachers. They were based near the monastery. This school was under Vatican’s control. During the medieval era the Monastic schools were a paradise for individuals who wanted to study art and science. People were taught there how to copy ancient Roman and Greek books. They also learned theories of Plato, Eratosthenes, Aristotle and Hippocrates (Halides, 2015). Some of the monks were able to teachdifficult subjects like physics or astronomy. Thehighest level of education was university. A possibility to study at University not only in England but in other countries in Europe was a luxury. Only wealthy people from upper classes could afford to study there. At the beginning,Universities did not have their own buildings. Students and teachers had their classes in houses or churches, sometimes even in public parks.

When we think of modern education, we usually see that boys and girls go to school but this was not the case for a long time. Women were not allowed to have proper education. It was hard for apeasant boy to receive education and almost impossible for a girl. They had to be at home. In some situations their parents placed them in a nunnery or a monastery. Girls could not have scientific education. They were able to study scripture and mother care. Even if they knew how to write they were unable to read.

They were taught how to read and calculate but only in some circumstances, but not very often. Some women from upper classes were able to become literate.The course was run by the Church. The goal for a woman was to get married, have a husband and become a mother.

The relation of religion and education in medieval England was good. Churches were not only the places to pray to God but also to study. Church had a huge influence on education in Medieval England. As it was mentioned before students were taught Latin,logic, grammar, rhetoric, music, astrology etc. Even as students who usually came from the upper class had to sit on the floor during the lesson. Some students could go to university and obtain a Bachelor of Arts or even Master of Arts degree.Those students who graduated fromUniversity were well-educated and they could write new books and work on Greek and Roman texts. It was a big benefit for them (Havlidis,2015).

In conclusion,it was not easy to live and study in the Middle Ages, especially for people from lower social classes who were not able to learn because of their social status. That time was also difficult for women, whereas some sons of peasants were allowedto study, girls did not have thatopportunity.

Upper class people were in a more privileged situation. Boys could attendschools and become educated men,who gained useful knowledge. They could become Masters of Arts, be teachers or even write books and speak foreign languages including Latin. Moreover, theylearnt mathematics, rhetoric, astronomy and other subjects which offered them vast opportunities of self-development.